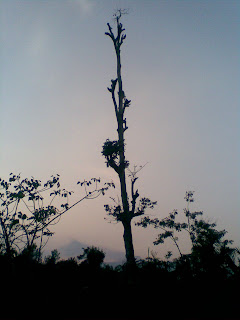 Lies in the middle of the field. The corpse, with no name. with so many of his comrades. Their faces in awkwardness. Their mouth open agape
And look at the enlightenment that they brought to the masses. To those who have survived. At least for now.
The shine breaks up in their eyes, and they are vacant , like caves without the fire inside. Their bodies now burned to the coal from where they were brought about.
The life which is led in peace, is that which one is disillusioned.
To make ones death a fine masterpiece is the true aim. Of this energy given to you and i.
The power of the first stand.
at May 09, 2009