When You get Stone 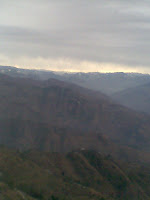 Let us think that power is something which can be quantified and inventory-sized. Let us assume that the sum total of Power on this planet. Its surface core etc all made of power, or having a definite quantity of power. The forests of this enchanted kingdom of earth, have power. Strange phenomenons, electricity, and visions haunt the stretches of these forests, most people who have spent time in forests will testify to this. Forests and plants have mesmerizing effects. There are strange and beautiful mysteries between the dense and shrub forests. The hill top trees and the desert cacti oasis' all contain immense trip worthi ness.

As the forests die, man takes over. He creates a stronghold for himself inside houses, as a hunter would, killing his prey and then disassembling it to make a stronghold for himself. Man protects against the power of this strange land inside structures, As the forests die, their power comes to where these structures now are. Their power creating effects inside the mind of man. Making him insane at times, and ignorant at most others.
Il show you proof I say,
The power which you behold is not your immortal body, which will soon turn into dust, the power which you so often boast of is the money, the note which you hold so dear..
and the funny thing is, the note too is made of the forest, the trees which transfer power from one bearer to another. One creditor to another debitor.
When you get stone, then you can understand that power shall not die, infact you are the one who is going to pass on. The power which you hold with your breadth is some time soon going to merge into the unknown.
There is a difference though between the Trees and you.
The trees remain rooted yet reaching for the stars, they remain silent yet ageless. They are ever present. omniscient.
And you remain particularly ignorant of this. You cut your own life line, your own teacher and giver down.
The power of life is a delicate affair, those who can see this become more aware of the irreversibility and consequence of their actions.
Through trees and nature, the power gives rise to more. Love and greater Love.
Through Man right now, we taim the power or try to, as if it were a whore and try to force ourselves upon it. That is not possible. For power turns against those who control it.
Only those who can give unto. Leave behind. Be. can let power of this planet into what force it really can be.
Perhaps we can remove the word Power in this assumption, and replace it with anything else. Grace. Love. Energy. Bliss and its meaning shall remain un tainted.
Peace.
at May 12, 2009

Email ThisBlogThis!Share to TwitterShare to FacebookShare to Pinterest
Labels: Nature