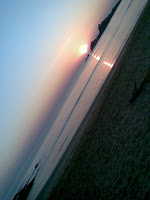 Yesterday I read this news article in the paper ( yes I at times do actually read a newspaper).

There were 2 women in an auto near CP in Delhi, who were burned to ashes in very quick time, while two other passengers along with these women manage to escape without a single rash. The auto which is CNG powered also was mostly intact; only the cloth material used as a roof was burned up.
This gave me at first and final glance a feeling of spontaneous combustion. Where the body heats up to super high temperatures compared to the surface of the sun, and in a moment of minutes if not less, ones flesh and bone body is turned to holy ash.
No one has been able to define this phenomenon even though it is rampant in todays world. Where dozens of cases of people who have burnt up without a catalyst ignition or fuel on them. much less a motive.
Scientists rack their brain to find out where this energy, this power to combust actually comes from. But modern man science is close to the ape families intent to pick lice of one another than anything else.
There is nothing much wrong with most people who have been documented to been burnt up in this manner. I mean that they are not tele or psycho kinetic, they are not gifted with special powers. Then what is the matter with them to cause spontaneous human combustion?
People say, that these people generally are somehow emotionally distressed or in an altered state of consciousness moments before they become roast. That these states in turn are somehow are the cause for body chemicals to be released to be the catalyst for SHC.
I am somehow not impressed.
There have been rare cases of people surviving this phenomenon as well. But very far and few in between. The victims have seen varied lights, from blue to yellow. fire and electricity down their backs. They also seem to have had lots of static all through their lives.
My personal sight tells me that when under certain conditions the energy flow in the body is either disrupted, re routed or interrupted or cut off. These might set up the condition for the kundalini or the energy config to become isolated lets say,
As in if our nerves (etheric system : consisting of subtle nadis, nerve systems carrying nervous energy-> different from physical nervous system) were to isolate the main transformer (present in the base of the spine, known as kundalini in Indian chakra system) this which is the core of our energy, our being. This is not able to send out vibrations through the sushmna to the nadis.
When this happens perhaps the energy builds up, to the point where there is nothing but to destroy the vehicle which is the energy carrier.
There are many such cases, but there has never been an explanation to how temperatures so varied can be present in the confines of the same room, if a man is undergoing SHC while sitting on a chair, the chair faces no damage, at times even the mans body parts are intact while the rest of the body is charred to ash.
This is indeed bizarre, and with no certain plausible explanation. Until and unless we see that there is verily a different energy source present within us, not without but within.
If the energy source is not tapped or used properly then this is one of the things physically which the devi kundalini can lead to.
The energy of her then can uncoil from her kumbhaka state. Instead of being controlled and led up to the state of para Civa Brahmn, She can be her demise. She can consume herself and the universe in a blaze of fire. Leading to annihilation of consciousness itself. Power drowned without consciousness is death of the soul.
When controlled imagine how this power, this source when tapped can lead to such heights, that worlds so out of reach; alien; can be realized with the power of the will.
I consider this power as will itself. To stabilize or even realize the power of the will, we must first be humble and understand that this power does have the right to liberate consummate and of course annihilate.
Peace
at May 16, 2009