On the broken cross roads where roads diverge; On the battlefield where the blood flows; In the smashan; where smoke is all which is left; In the night where silence and sleep beckons the animals. Mother Kalika awakens and becomes all the more active...

When the child cries in distress at the cruel worlds play, when he looks to the sky and prays; Mother benign Maha kali opens her arms and removes this illusory world made of mud and clay...
When the filth of ignorance assumes control and maha maya plays further more; Maha kali lolls her tongue and scoops all the gore. Burning down agony and gluttony is the Prime maha-vidya; Namoh Maha Kali....
The kinetic energy supreme is Maha Kali. In various moods and colors to the devotees, residing in places of strife and violence. Where energy is supreme and paramount; like the battlefield and the crematorium. She is ever present in destruction and creation for she is the one who is responsible for both completely.
The downward pointing triangle is her symbol; symbolizing the Vulva and the feminine. She is kula-Kunadalini. The ego and energy endowed within each vessel of consciousness. She is the actor and the spectator. She fuels wisdom and love. Her bija mantra is Krim; for which decays and dwells in the smashan. Which has to be renewed with the life force at her feet.
Most of you know the deity that is maha-kali. She is portrayed as mother and destroyer both. She stands atop her husband with frenzy to the fore. Lolling tongue and a garland of human skulls; she asks for blood more and more. Her weapon is the divine cleaver with the eye. She beheads all consciousness of the individual ignorant ego (symbolized with the head). Her devotion is won with the sacrifice of ones life force (prana) and/or of ones ego (the same way).
Kali is the mother of secrets. For if she was to reveal herself; the entire play will end once more. She keeps hidden and lets her other (maha-maya) asssume the worlds affairs. Mother Kali only shows herself on the new moon night (amavasya); when darkness has assumed terrible control over everything.
She is the first and primal symbol of the divine energy which pervades. She is complete; and signifies everything about the raw undiluted cosmic energy; the kinetic and fierce aspects as well as the creative and maternal/benign aspects which gives life and consciousness (shiva) to creation itself.
Kali is unstoppable and uncontrollable and hence she is dangerous; just like any form of energy is. She can only be satiated or stopped momentarily when maha kala falls down at her feet to stop her from causing any more destruction. Funny how the worlds destroyer and the lord of time and death himself has to stop her from destroying. It shows the powerful imagery and iconography used by Indians in describing the primal energy. She cannot be let loose lest consciousness has to be removed permanently.

She is depicted in various stances, but she is shown generally with her right leg on shivas chest; signifying the sattvic or pure way to attain knowledge of her (the right hand path towards knowledge) and hence is worshipped in both agama and tantric ways of worship (unlike the second mahavidya- Maha tara).

She is shown as the slayer of demons like rakta-bija and many more. She is created herself from the divine feminine's third eye when everything else fails to save the world from ignorance or evil; she is supreme force.
And in tantra; she is worshipped as none other than the sacred snake- kundalini.

Her color is not exactly black but black blue hue. Her hair is wild and open and covers her naked body. She has ghouls and the departed dead for company, she is terrible with roaring fangs and lolling tongue. If you think the description is a joke then you are sadly mistaken. This is not some pathethic effort to bring out the supremeness of her status over other indian gods or even show that she is supreme in some fearful manner but this is how energy can be described to average humans, she wants blood and she wants our head. She wants to remove everything that does not stand in the way to evolution towards supreme consciousness, and then she wants that consciousness to be fed to her, morsel by morsel; piece by piece. She is all consuming devouring energy. When let loose; she will consume her own self. To create another kalpa-yuga of ignorance.

She is the protector of soldiers; for she was born herself in the battlefield amidst chaos and strife. She spares those who are willing not to spare themselves of ignorance and evil. She is the immediate cause and effect of now. She is freedom from illusion of separation, and she is the divine fragrance of jasmine burning on a corpse.

Her animal is the wild jackal, the ravenous raven, the night owl and the lion. She is blood thirsty and ever craving for sexual intercourse. She is united and sucks energy through her wide open mouth. She has a thousand heads and some more, her dance is wild and frightening (unlike refined tandava of shiva-consciousness). She is the bringer of death and disease. She is the final frontier until liberation sets one free.

Her haunt is the smashan ghat; where the rotting flesh and terrible screams of those still alive amuse her; She is  both giver of boons and blessings which bestow consciousness with growth and life. She will take life back too as it pleases her. She is supreme energy without interruption.
The mother is divine and terrible; to approach her is a blessing and a curse (if you approach her for material or maya related gains then you are done for); she will crucify you like she did to the saints of this world and a million others. She expects sacrifice, ego-less; and I assure you that you will have to be an adept and an expert at handling energy to be her child/consort or father. She is divine feminine... She is one who will sever us from our mortal bonds. She is the first and most disturbing aspect of energy signifying and symbolizing the chaotic universe and the energy that makes and flows within it. She is Om Namoh maha kali. 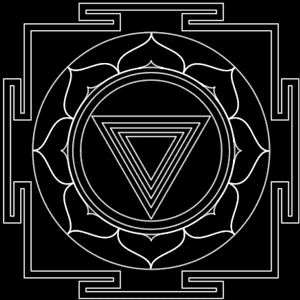