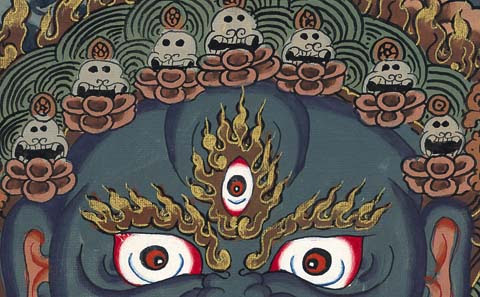 People write about what they think they know, and so do I. Dark energy is my field of experience.
Most people don't reckon they know how they change, they say time, and circumstances and people in their life- the reasons for mental/physical/spiritual change.
Change is only due shocks in your fucking system. Shocks you cannot see, cannot predict and fucking cannot avoid. Shocks are energy pouring into you, shifting levels of what you think you are. Making you change your perspective all the time. Even if time didn't change, and nothing around you was there to affect you to change, you wont be able to remain as you are. The reason is the outpouring. The universe behaves in doubles, etheric doubles. The shock which blows your mind is both from within and without. It comes as much from the external world, as from your internal etheric frame.
The ways to induce shocks in your perception and consciousness and your levels of power are many, There is alcohol, ambition, drugs, sexual intercourse, meditation, physical movements, chemical imbalances (as a cause not as a result), trance, coma, and of course death.
Most people don't believe the power and reality of death, its an amazing shock wave, many times its not to break the frame down, but to remodel it completely- hence you see/notice so many near death cases coming back to life, completely transformed- its not only because of what the NDE experience shows them- but also the double works in such a manner as to reinforce the energy already present and not dissipate it for another work (how death works generally- destroys the energy-dissipates it- remodels it)
Why dont we induce shocks to ourselves- we do continuously right? people in the olden ages took massive amounts of hallucinogenics to shape/shift their energy levels. People nowadays keep running around for material paper which they think is the way to shift their energy levels, many people though- have completely forgotten how to shift their energy/consciousness levels- they are inept- and vastly ignorant of their abilities. Its fucking pathethic when i see people bickering about physical/material persuits when there is so much more at stake. When people who are inept at thinking out of the box to shift their energies are confronted- they come up with stupid excuses for staying inert="I am not spiritual person/ I don't think I can do that/ This is meant for sadhus in the Himalayas".
I feel like beating my head down and telling them, how the fuck they got to be born is a big wonder. Being born is spiritual, being alive and of course dying are all spiritual. We are spiritual at core, why the facade of spiritual inertia.
Sometimes i just wonder whether the entire earth could ever face a mass shockwave without death being involved.
at September 25, 2009