We are split right down the middle. Our consciousness (the atomic part not further divisible in any which way) has been exposed to two worlds. One facing outwards; the other facing inwards (away and towards).
The external interacts with other localized individualized points of consciousness and the internal explores the non divisible. 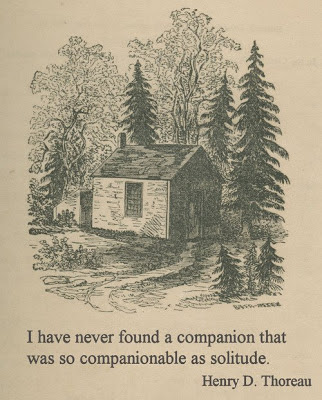 The problems this world faces since time immemorial - hunger strife, unequal appreciation of consciousness, power - corruption and need/greed is because of an imbalance between the introverted and extroverted phenomenon among every individual.

Our mind is the interface through which consciousness perceives. Our mind left to itself goes around in circles (it really does - neuro motor phenomenon); and when it looks at the external world, it goes haywire. It neither is able to learn, unlearn or love with such a state. Leading to people being greedy, needy, unloving, non-understanding, stupid, ignorant, power hungry, stone cold what not!

I love Sri Ramana for this very fact. Venkataramana - now so famously known as bhagwan ramana maharishi was a young tamil boy who ran away from home at a tender age to the beautiful holy hill of Arunachala (Tiruvannamalai) for he was introspective like no other I know.
At a young age where boys and girls were mostly exploring each other - his heart full of unrest had a burning yearning question which nothing in the extroverted phenomenon of the world could answer. The question (probably without a single linear answer) was "Who Am I?"

A simple question, which he meditated incessantly and through his life on. He sat in caves and caverns covered with leaches ants and vermin, thrown stones by children and mocked by others. His care was only at his heart. He spends two years almost in seclusion, not eating, not sleeping, not drinking or taking care of his bodily functions for this question from inside burns in his heart. People soon feel his vibrations and his sincerity - they feed him in his mouth and take care of him when he urinates/excretes.
He is the mauni, he has no use for the external phenomenon for it does not satisfy truly. Yet he never shuns it completely for who so ever approaches this simple humble super human man; is satisfied. Is liberated just by the gaze of his beautiful surreal eyes!~
Like him so many of us here in this world are introverted (almost a third of the population or more, we can never know for introverted people are forced over and over to be otherwise). We spend time by ourselves for we feel better - the answers to so many questions lie with us (in us). We spend time reading, writing or pursuing our passion in seclusion and solitude for years. We are happy when left to do what we wish without being forced to be social or genial for society's sake( As for me - I am both introverted and extroverted depending on situations and times, a good gift for my mind!)

But the world forces through the extroverts to be like themselves or be shunned and ostracized. The goth kids, the shy non speaking ones, the shooters and killers of peers - these kids have been all bullied, forced into a world where they are not comfortable and do not find the answers which they so require.
Introversion is the seed for true and real genius, though team work helps eliminate redundancies, and misconceptions improving efficiency - it is never the cause of genius to be shown.

Artists, musicians and scientists. Writers poets and spiritual sages - are all people who have seen the beauty and spark of their self inside. Their own (again subjective) consciousness like any others is the answer to any and all the world's nature, its unique problems of existence and of life itself (yes life is a fucking problem, if you are not stupid enough to realize)

Like ramana, so many of us are plagued in misery for we find not all our satisfaction can be drawn from the outside realms - but we are forced to be a part of a society which is extroverted in kind, and does not offer the sacrosanct respect which leads to genius and aesthetics  To life lived completely in general (Most if not all knowledge, art, wisdom and creativity is a result of introversion).

Yes parents are taught to teach their kids not to spend time by themselves, for they will become odd and irrelevant and this is partly due to the social instincts in our genes - but it is more often than not the fear of what your own self has to show you. This unknown is something beautiful, it requires will and it is of course the point of our lives. To explore inner divinity. We must be encouraged (at least once a while) to be by ourselves.
How else can we bring back something special and perfect to share with the rest of our kind if we are always immersed in group intelligence like the beautiful saint Ramana Maharishi and kind. The introspecting kind!

Peace and seek what is inside (before projecting your inane ugliness outside!)
at December 27, 2012