Warriors of the Dark Forests

There are 12 major shiva lingas (phallus/stone energy formations) present across India. One of which lies in the center of Andhra Pradesh state. I could travel a period of six hours non stop via bus to reach the surreal and beautiful town of Sri Sailam for the major attraction of Mallik-Arjuna shiva. 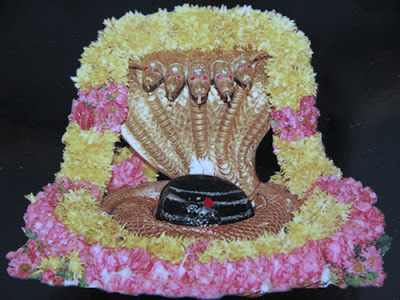 The temple is nestled deep within the Nalla Malai hills (literal meaning : Dark Mountain). The place has amazing flora and fauna and is a protected nature reserve. The journey takes you through the ghat road where it climbs a hill, goes through it before crossing over to another hill via the sri sailam dam road.
The town is fabulous, almost like subhramanya in south india (karnataka). Its a visual treat, at a slight altitude nestled inside thick jungles/forests. The place has an air of a hill station and the peaceful vibes of heaven itself. This is the advantage of visiting any shiva temples or places of worship. They are most probably isolated, desolate and require a great deal of patience/endurance to see (In olden days, the trek to the temple via nalla malai itself would have been arduous enough).

I reached close to ten at night, where I put my stuff up at the government lodging and went straight to the temple to get a night darshan. I am very curious with an anthropological insight and a mystical awareness to why men/women create such places with pain staking efforts in the middle of inaccessible places. The temple was just empty! This was a sheer delight to me, I walked in, no queue and no mad crowds! How peaceful, its a very small temple - and has been the king's temple over long time. The shiva linga was broken or weathered down - as if invaders or time itself had shrunk it/broken it down to half its size. The place was so intensely quiet that I could not believe this was one of twelve important sites of shiva worship for hindus across the country (shiva worship I believe, is not limited to any particular faith, for shiva is conscious energy. Its worship and understanding is imperative to each living organizam)

I took two darshans that very night (cant stand in front of the deity too long or the priests start pissing themselves lol). And I took a good look at the small and delicate temple amidst the jungle. There is an awesome beautiful big tree in the compound next to the temple - which is a mix of three trees in one. The sight is truly gorgeous. There are three different types of trees which are almost coming from the same root! People sitting under it, made me feel extremely happy for some intangible reason.
I had some dinner and followed it up by a walk to see around town, a small town with not much activity but a beautiful scenery, clean air, and no noise! What a delight for a religious location, and that too in India!!!

I got up early; around 6 in the morning and went for a nice stroll to the temple and saw the beautiful linga again. There was a morning aarti (light and sound show for the god!) where you wait before the god is decked up, cleaned and chanted to before he is shown to the devotees - this is pretty simple in the case of a linga - where only water and milk generally is offered. I waited in silent meditation and reverence. Though the idol or energy symbol is covered through a door and the act itself of seeing something of an idol does not appease me, yet it is comforting to be in the physical presence of such an ancient sight of worship! I was redeemed by lord and savior Na Ma Ci Va Ya

The ancient warriors of andhra, have time over spent years in renunciation and at the end of their contemplation cut of their heads at the stone linga here, from heads to other body parts - sacrifices sacred have been made to the concept of consciousness. This alluring and dangerous paths undertaken by warriors across time to this ancient power place amazes me no end. Its an endearing part of heart to have visited such places without any tension or need!

Thanks for sharing!!
Ticketgoose.com Launched in August 2007 has been a leader in Ticketing Web Portal for Bus booking .They operate over 3000 Destinations in South India and have collaboration with more than 250 Travel Agents. TicketGoose ease the customers to Book Bus Tickets or by walking into its channel partner outlet which includes Corporate Sectors and Ticketing Agents.
Bus booking