Kerala has remained to be one of the oldest and most advanced cultures of the Indian subcontinent, from their matriarchal ways of worship to their martial arts; and many more such feats which are quiet exemplary  foremost among them being the tantric and different ways of worshiping natural and other worldly energy/power for general benefit. 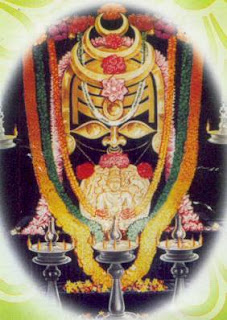 The oldest breathing temple arguably could be the Vaikom Shiva Mahadeva. Situated at the banks of the vembanadu back water lake. I was fortunate to see this ancient pilgrimage site which is also known as "Daksina Kasi" by our forefathers. Kasi is situated in north india at the banks of ganges and houses one of the 12 jyoti linga shiva formations known as Kasi Vishwanath. People revere Vaikom as equal to that place, and if it was not possible in ancient days to visit kasi, a visit to this ancient power sight was considered just as fortunate!

The temple is supposed to be the location where Vyagraha maharishi (saint) got his vision of consciousness, and along with two other temples (fiery ettamannur shiva included) is supposed to be a trinity of shiva mood worship.

I reached around the evening aarthi (light and fire worship), and got off the jetty boat (I came from the other shore of the vembanadu lake), the boat ride takes some 20 mins odd, and the town of vaikom is beautiful and simple. There is hustle and bustle in the streets just like so many other small towns of india, yet the center attraction of this town remains to be the ancient and huge shiva temple.

The construction is of course Kerala in the making, low sanctum sanctorum, and a big courtyard like structure with enough place for people to sit and meditate. The center garbha/pillar is gold laiden and is extremely beautiful. Once you go inside; you are to be mesmerized at how many people can easily fit inside such a small temple. The place was packed yet everyone could stand at ease and see the unveiling of the linga. The trinity of shiva linga present across this area has a unique way in which they are made – they are taller almost as if they are kept on a pedestal and people will have to raise their necks no matter what to see the shiva linga. The phallus is covered around all ways with diyas/lights/lamps which gives an ethereal presence.

The temple is extremely important and I saw a huge number of very devout people (at least in the vicinity of the temple) sitting and standing to meditate and pray. There is an otherworldly power present inside the shiva linga, which has been fortified with centuries of tantric worship – emphasizing on physical mental and emotional purity and void, which can help pour the intense energy of consciousness into the vessel of the body.
I stayed for some half hour in front of the stone formation. My thoughts were centered yet not in need. I was content is the simplest way of putting it. The linga literally pushes intense energy out, everyone who is there can feel it to their extents possible; and I remained extremely joyous that a fool like me got an opportunity/divine grace to see a power place.

In intensity and delight, shadows and light. master who sees all and nothing gives relief. The eyes so blissful, the embrace so much the target of my life. Na Ma Ci Va Ya