They have a popular saying in Paris;

The only thing sane in Paris is the river Seine (pronounced ‘sane’).

And how I agree with them, the French are non-conformists to any and all singular line of thought(s) or behaviour. They unlike the stern upper lipped English counterparts; regularly go out of their heads, through any which means possible and this is accepted if not revered in their society. Yea, this form of thinking is actually encouraged. 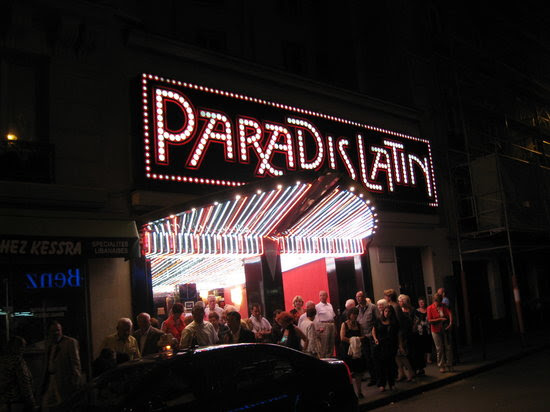 This is not to say the French are an open society in all respects, what I know of them- they would never ever disclose their income or economic status; though they are extremely hierarchical in that respect (they won’t tell you how much they earn though it can be seen by the way they dress, eat and treat their fellow man-nearly half a century ago, their maids could not use the elevators reserved for their masters and had to use the stairs instead). They would also never tell you who they vote for or what their political views are ever… well there are many such idiosyncrasies they possess but one of the things which caught my attention recently is—>

I had the fortune of visiting Paris recently for a couple of days and in that time I went for a show, well it wasn’t a regular show- its called ‘Paradis latin’ or Paradise of Latin (the theatre is located in Latin street and its a very old construction designed by gustav eiffel himself- the building and its pillars are gorgeous though small).

The show is a great hit and most people who come to Paris view it (many locals on a night out also visit it). Amongst the audience were people from norway, australia, England, india etc…. well the show is a cabaret mixed with some juggling, dancing, trapeze and some awesome singing by the lead artist (who is currently Maria I believe) and before you know it, the one and half hours pass by quickly; with the help of the complimentary wine/champagne of course!

The great irony or well the insanity which I found in this event is (and this is purely from the viewpoint of an Indian mind you!) is that this is a formal event. Well its been toned down to accommodate tourists now and then and yet its a shirt-tie kind of deal. Its not that you can go there in your jeans and slippers (though as I said they accommodate tourists sometimes who don’t have the proper attire). So you dress up and go to the show and you check out topless and at times completely nude women and men (well mostly women

-thank the lord for THAT) for a period of an hour or more…. this is so ridiculous to me, why the hell do I have to dress up to see a refined cabaret or sleaze show/entertainment? Doesn’t that strike you as weird if not completely out of it ???

It did for me, and I laughed as soon as the show began and didn’t  stop chuckling till it ended, its an awesome performance, though the synchronisation of all the dancers is not perfect at all times, but the lack of clothes makes up for those little errors lol. And everyone in the audience comes decked up nice to come and check out some topless dancers in the name of art… as I said in the beginning, the only think sane in the city of Paris, is the river seine!