Humans harp about order and chaos; as if kids know anything of such sort. I firmly believe not; A higher order calls upon, what biologists have termed as symbiosis. A collective life as I term it.
We as humans have constantly evolved on individuality (whatever we define that as) and not upon collective consciousness, I also see that this maybe vague or abstract to some who have never thought on its lines.
The human entity is closely defined upon rigid physical lines of the body; One body is intrinsically seen as different from another, by the organ of logical reasoning i.e the brain.
Symbiotic relationships are by far common in nature, and many organisms cannot physically survive without the existence of another, man has no such problem as he is not bound to any 'one' such organism, in symbiotic terms he is a parasite (yes that too is a form of symbiosis unfortunately)
But its my observation is, that throughout the phase of his/her evolution with time, man has still not freed himself from apathy and great depression, her life remains at best a case of survival against the odds until some form of enemy or death takes over to finish the unfinished life. The life which calls upon 'more' in all forms of knowledge and material gain for no apparent reason. Its only said that at best its man's nature to satiate himself with more, until satiation itself is a cause of demise.
Symbiosis of such lower order is still thought by the lower order (of man) as order, but to the highly evolved organisms which also roam this universe, its at best a beastly and ghastly way to approach life. I am at agreement with such sentiments (highly evolved refers to the race of men as well as organisms we can fathom and those we cant...)
What I mean to broach upon, is that life is a collective effort; life cannot exist without multiplicity; because that has been the intent of the creator (or whatever comes close) in the first place. Multiplicity which is understood and experienced at a unified level is the highest order that life can be experienced at. This is not an opinion or a perception or even an observation. This to most living organizams in the universe *I mean to say highly evolved life* is the definition of life itself.
This is what the modern human has partially understood. Parents go out on the limbs to take care of their own, and brothers protect their sisters. But we are one family; more over all life belongs to one family, its understood that humans cannot do without the presence of other life in the world. Yet we take extraordinary measures to be callous at all levels towards this need for symbiosis (need referring as the base levels--> at a biological physiological and physical level itself not even coming close to mention the definition of life as understood by highly evolved beings)

We see traffic lights and parades in lines and babies being delivered in the safety of rooms and decide that our world is at the peak of order than it ever has in the past, away from the brutal and savage wilderness of what the world was before we came along (the jungles and inhabitable terrains where only the most fittest survive, *refer darwin - that and almost everything else likewise has always reminded me of the world of men; where the meanest and the most vicious survive; it has never ever seemed to reflect nature or the life existing in an ecosystem sans man). There is an arrogance or a naivety combined with stupidity that makes our race unique at times....
But that is not the intention of any highly evolved life form ever (to be stupid lol), so if we are to consider ourselves smart, learning and mature life forms then we must first learn what it takes collectively to experience life not at the expense of another, but also with the benefit of another. I am sure that it would multiply the experience that life is meant for us to be;
There are always going to be capitalists and materialists who argue that they somehow deserve better more or greater in terms of anything for their own body defined consciousness as life than the person next to them, the life they will devour to try to make their own. But this too must be considered as part of our parasitic nature, and sure some natures can never be changed (as some people and their intent to devour down everything on their way cant be changed too). 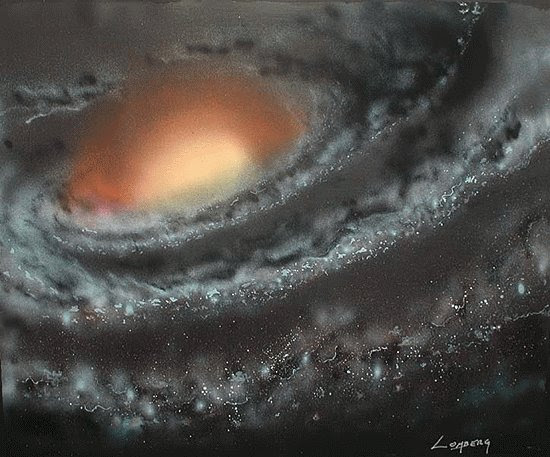 Now what I really wanted everyone of us to experience if not completely indulge in is a form of symbiosis which is voluntary for the good of another as much as to oneself. Oneself and the definition thereof will change then, Experiencing a dual state of individual and collective unity in intent, being and life.
What some might imagine as an impossible achievement (clearly at the lack of intent being understood), is a whole lifes effort for others right here on planet earth. People leading lives close to mother earth, the source of all of life on earth, feeling close to other living beings both physically and spiritually. Learning and interacting for a share in the power and energy that makes all life happen (what some call prana or chi perhaps) and in the way also removing all the conflict an misery that could ever be created or exist (seems mostly from the world of men). It is sometimes defined by thinkers and writers as a "utopia" but most would shudder to imagine that this utopia is actually already present to us when we are born to the world, and man in his infinite need to have more actually just disillusions himself to a world made to conform to him and not exactly what life is (or could be)!