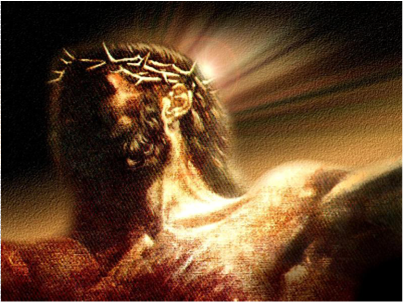 Another look at the man who loved all (Judas and Jesus!):-

Who says Judas was a betrayer? Judas was verily a man and disciple of conviction and intent. His love for Jesus and vice versa could never be questioned. If anything he was the only saint and lover of Jesus amongst the lot. Judas and Jesus – brothers in arms. Their love for existence without par.


The others including Mary sat like stooges and listened to Jesus, prayed when he did, walked when he did and rested as he wished. But they could never see a bigger picture. The sort which jesus felt and said.
Jesus required a resurrection; for himself and the land in which he had taken birth. For himself to be redeemed he walked on land till the Indian subcontinent. He sat there next to the calm flowing Ganges at Hardwar, walked up the shivaliks with fellow lovers to the start of Himalayas. Broke bread with fellow yogis and mendicants and reduced his breathing every day to explore new horizons of consciousness.

His stay of around 12 years made him cross paths with tantriks and naths, beggars and thieves, prostitutes and businessmen. They seemed to mark within him a kind of transformation (generally initiated by Saturn in the twelfth house of one’s birth chart). He became aloof and alone; not requiring contact for extended periods. His mind became a dull vegetable as his heart expanded many times over. He was being re-made. It was time for him to return

The Jews became a decadent lot in the time Jesus had stayed away; they asked for nothing other than debauchery and Jesus could feel that every peaceful attempt of his intent to make people see the real deal was not getting any affection or regard. What was he to do? An inspiration struck; It was something which came from somewhere without perhaps.

He called Judas to his room on a dark clouded night; the moon hid behind and darkness spread its wings. Judas begged and cried to let him die; Jesus wept with his brother and embraced him; he kissed him on his head and told him; brave and patient. You will be hated. Hate will fuel you to what is fated. You shall sleep alongside I; on a bed burning with fire. This is the fire which will incinerate our deeds and remorse side by side.. Every single night.

They come up with a superb plan. Jesus will play the showman and Judas the liar. There shall be so called betrayal and Yesua will ascend the cross. There will be drama and everyone will be fooled. The commoners will weep and the lords shall stoop!

Seems delectable till this very day; where we go to the church and pray to Jesus on the cross. We NOW KNOW WHAT HE HAD TO ENDURE FOR US. It would have been the same if there had been no physical sacrifice or pain. But we would not be able to remember it that way perhaps.


Jesus slows down his breathing like taught by the hatha yogis from the east; his eyes focus on the middle of his fore head and the energy center within. He lets his body weep blood and remain on the cross; till its sore and removed by the serfs and thrown in an open grave.

Judas comes to his aid, washes him and feeds him. Kisses his feet and hands and cries over his broken body. Jesus wakes up eyes wide open – sees his perfect disciple by his side. What he has endured for eternity; only Jesus did know. Only Jesus could know.

So one was made the hero; while other the villain. Both followers of none and brothers till the end. Jesus was made god and Judas the devil. What we cannot till date see is without one the other holds NO VALUE