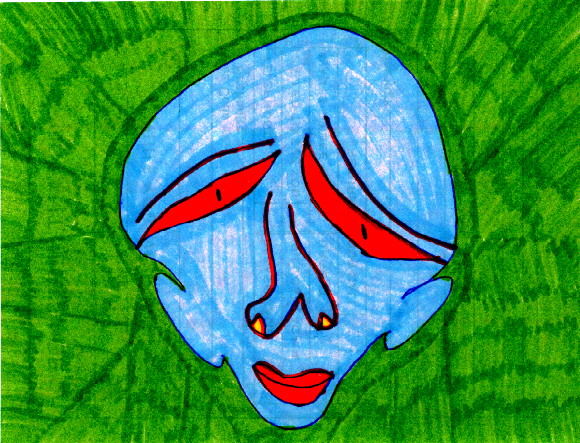 And God said, Let there be light: and there was light."

"And God said, Let us make man in our image, after our likeness: and let them have dominion over the fish of the sea, and over the fowl of the air, and over the cattle, and over all the earth and over every creeping thing that creepeth upon the earth."

These are two quotes from the bible-genesis which i like, there are various many others, apart from the one also in the rk veda- all of these i think portray similar under/over tones.

We fail to ask ourselves, why do we look at the sky and not to the ground when we think of a supreme being. What does it mean to be made in god's image; with the ability to know good and evil?

The nagging and persistent theme has been very common to the rational man (who so ever he/she may be), that god is but an alien, and we are a farm/field of experimentation- set up for what so ever reason. (kinda like the lame ass farmville-sim city games of our times).

The times call for different angles to perceive this reality, that gods made us in their image (but perhaps with different genetic makeup->maybe even that we could never equal them-> or varying creation and seeing it grow). Look at the proof, we have gods who come in flying spaceships, have huge mukuts (face masks etc)- have umpteen arms- kind of like astraunauts multiple arms- with weapons- for an in hostile surface like the earth- perhaps when they came.

They come down here, set up the atmospheric and climatic conditions and prepare life, they leave and return at different time to see the effects- the dinosaurs et all, provide subsistent information for their work, they decimate them with nuclear explosions, and again go ahead to set up more complex life sub systems. and they leave again. They travel way faster than the speed of light- traveling the universes/multi verses to different life systems across space, and return without aging more than a day- when the earth has progressed millions.

They provide the knowledge required to bring out metal for effective utilization, tell about the various psychoactive and medicinal plants present, the information regarding space-time travel and of course consciousness to humans. They want to see us progress, if you had them believe. They want us to complete their experiment a success. If we dont, we have no use for them. Another nuclear holocaust (and perhaps this time they do not even have to intervene- we can do their job for them pretty well i think) and finish us off.

Gods a.k.a aliens- dont have to be seen only in the physical realm, they also like all of us extend to the causal and karmic planes. They are verily self- realized- they are not only technologically advanced- but also spiritually advanced- the reason why people in this world actually started worshiping them (apart from their advanced tricks and techniques- their empathy and concern for us as a life actually is the reason why they are our gods, i believe)

In hindu texts, exact calculation concerning time and also consciousness is given. In the form of 4 yugas, their times in the form of years, and the amount of enlightenment present in these 4 yugas. Brahamas days and nights are extremely long compared to our time- the reason why this is interesting is that it actually looks into relativity concerning time travel. brahma is the creator, he sows the seed of conscious life in this planet and returns after a year to see the planet aged by around 8.64 billion years (720 kalpas). So its simple to see, if these time travelers experiment on the planet- they come back in a day and see us succeed or fail. If we fail though, there is no time lost i assure you on anhilation and restructuring.

Now this is also taken for granted, the entire universe goes to status quo sans life after every day/night of brahma occurs- but the three cosmological planes (bhu, bhuvan and suvar- earth under and over earth regions) remain. But at the end of brahmas life->311.04 trillion earth years->100 brahmas years-> there occurs mahapralaya-the entire energy closes on itself.

These complicated calculation to me, dont seem earthly- they seem easily passed on to earthlings- through visions, dreams, direct encounters and the like- the medium could be easily physical or causal. For as I understand beings in the universe like us, like our gods are all interconnected at the consciousness level (for the layman) and that though we might be products of an experiment- we still have the ability to do as our gods do/have done.

Gods come to earth and many times proclaim-> to get a human life is indeed rare-> and we must take extreme care to make it fruitful, for gods are supposedly cannot be as flexible (in which respect!?-something i dont understand) as human beings. whatever be so, if gods are telling us , that we are blessed to have taken this form here and now, then there must be something to it, and too many of us in this day and age pay no heed to this.

Time travelers I believe, did one more very very very important thing; before putting earth to the task to experiment. They made an organic planet. something in my instinct for a very long time has made me believe this is very right. The planet we are a part of, is not just rock or stone or whatever-(inorganic life), but it is as organic, if not more than us. Life here in this universe is very very difficult, and i believe that the planet has been cut out, and provided with its own conscious energy. The energy which we try to call prakrti/gaia etc. This energy is what is in turn propagating the life here. without this, the conditions present in the planet- climate/soil/water etc and the life harbored due to , will never succeed.

What is kind of amusing, i am sure to these super aliens, is that they kind of developed such life forms here, well mainly us -> who are so moronic that we are actually destroying the very source of our creation and for no grand reason.

And well if gods made us in their image, they must be bloody hell embarrassed right about now haha, what a waste-> and they just might like to finish this experiment way before the specified time lines.