Who is Most Deserving? - Educational Reforms 101

If there was a man suffering from malnutrition; and another who has had a full meal an hour before; who would deny that the man suffering from hunger deserved to have a good meal as compared to the other? I would say its almost practical, logical.

If we choose to change and cause a paradigm shift in the world and the way people live together; and prosper. Then we have to perceive who is most deserving in a all new manner altogether.

I believe change has to start with the process of learning our brain undertakes from birth, the brain in its formative years records patterns and stores them and under the influence of a neurotic society/environment -The impressions almost are devastating. Hence I understand that the current educational processes and systems need to be radically reviewed; before teaching more jargon to kids who grow up to become utter failures as human beings (and life forms). 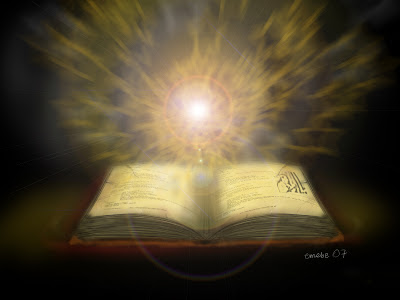 This includes two key aspects. I will try to analyze the first aspect and then take up the second - 1. who deserves to be educated most, and 2. what is the process of education to be undertaken for everyone.

Now as I wrote earlier, if a man's stomach is hungry and another's comparatively full - it makes sense to feed the man in need more than the other (this is a very simple example), but it makes sense to put the same input onto our education system.


Our current system is a western model of education (which every ancient third world country has had to adopt through force even time over because of the lure of profit maximization - which is drilled right from birth by the western system, now even the western models see this limitation and have tried more holistic methods - meanwhile the deep impact of these systems on other cultures and countries will take a lot more time to annihilate)

The world of education begins and most inevitably ends with tests, which test first and foremost (if not only) a person's IQ. Intelligent quotient generally does not increase with time (unlike EQ - which can be increased/decreased; though meditation proves to increase IQ as well - but that is for advanced civilizations unlike ours). And the kids with the greatest IQ generally go on to get the maximum of education (or so called education - which is to make us efficient workers to maximize profits out of minimal resources). Also IQ is not something which a person has developed with time - no it is of course something which is a sheer fluke - being born with a set of genes which are supposed smarter - is not really an individual's achievement. It is indeed unfair to judge a person for no fault of his/hers right? And our hypocrite society currently teach us that very fact - the smarter you are no thanks to your effort - the greater your benefits shall reach.

Hence the person who has the greatest to start with - will get the greatest help by society to increase his so called education/knowledge and in turn cause further disparity - monetarily and otherwise to everyone around. So a person who can fare well in exams through his life - is considered smart and will go ahead to get the scholarships if not monetary benefit to get a ton of degrees and diplomas to become head honcho at some company which will drill down profit maximization to the less deserving (cause well they are not so bright - they cannot do what this person can) - this is what has been happening since the industrial revolution! (I am not discounting the smart people who actually use their brains to help others currently - but honestly that is a minuscule fraction of a fraction!)

Now here is where I fail to understand the logic, Is it not that a person who is less gifted one which way - has to get greater support - greater education / knowledge / holistic learning than a person who already is born with it or has it through the benefit of his environment (born in a family which can provide him with the education/knowledge needed to live - not to maximize any sort of profit). I would find this to be very practical indeed
So if I propose a definite route it would be such :

1. The tests have to continue, IQ tests (followed by EQ when society has reached a plateau of material equality and social peace to some extent).
2. IQ Tests will determine which are the most deserving to higher education - greater education. Ones which have lowest IQ deserve to be educated most indeed.
3. The Higher IQ persons will continue to be pillars of society - but not to maximize profit but to bring others to a greater understanding of physical sciences through teaching and mentoring alone, and not by aspiring for a position of rampant power - to degrade the lives of the less fortunate.
4. The concept of degrees and diplomas will continue - but with a change; the greater degrees and diplomas a person deserves - only goes to show that the person has not got to the mark of a person with higher IQ. In a sense, if you are smart - you are without any need or want of higher education, unless true interests lie in that direction - where you can undergo self study to understand and bring to the table your perception of knowledge to less fortunate. This will pertain only to the field of research which will not attract profit maximization any which way unless it is to this system of education.
5. The greater the degree or diploma one has - goes to show his lack of understanding and hence will receive greater time in school and educational forums.
6. The persons with less degrees etc will be put earlier into a social system in which he can contribute to the society in a manner - which helps those who are less fortunate in terms of IQ to provide them manners in which they can enhance their knowledge/understanding of life.
7. As profit maximization remains opaque if not effaced from social systems. Everyone of students at some point has to start working to apply their knowledge to share. This remains the cornerstone of this paradigm shift - there will be no hoarding of knowledge. Because those who know the most have no degrees or diplomas to show for it (its not needed), they will indeed have to show how much of their IQ has been used to share knowledge to others.

So in simple facts, the highly gifted IQ students - will not go ahead leaving the ones in need of knowledge behind. It will indeed be the other way around - the students who are smarter - will receive least of knowledge and those who are not as smart will undergo longer years in an education system built to bring them on par with the others.
Though IQ cannot be increased with time, it can be fine tuned be its most efficient - and that must take place at the cost of profit maximization - which denies the need of the lower IQ people as successful contributors to the world (as of now)

So what this means is that, the guys who are smart - do not receive any specialized education. They have to figure it out by themselves (hell they are supposedly smarter than the rest right?), they are ostracized  by society unless they choose to actively contribute to increase understanding among their peers (teaching, coaching, research). To help them as they would help themselves currently to increase their self growth. This is how a society works together to improve every persons value in turn. It also means that those who have greater need for education - will receive it. There will be no smart getting smarter (and richer), and the dumb not understanding elementary sciences and arts.
This has to be implemented from kindergarten  where the tests now administered will filter the smarter and the comparatively weaker and then in turn provide the two different forms of help. The smarter will act as coaches all their lives; they will help those who find it more difficult to understand subject knowledge.

There will be no monetary incentive for being smart; this is the crux of the paradigm shift. It is a birth fault or right; but there is incentive in sharing what you got. This is what society must teach - a society which values every member of its as a value addition (and indeed everyone of us is in our capacities). And the incentive is - if you help society achieve a stable range of IQ where everyone can provide equal value add - then you can be a part of it. Otherwise you are free to roam in the desert or the high seas alone as you wish to be.

(I know that many would disagree with this as not a part of survival of the fittest bullshit given by some cooks, but the truth is that we are talking of achieving exponential paradigm gene shifts - something which has never been achieved and hence require new ways of thinking acting and being).


Peace and Share what you have. It is the only sustainable way to life.