The concepts used in The Dark Knight Rises (movie) are fascinating given the perspective it comes from a cartoon series – which has set its base in stereotypes and what not. I am a fan of batman since I was a child (used to watch the batman cartoon regularly on TV – the original series with its fabulous sketch work and dark themes along with the brooding dialogues) and of course like countless others was fascinated by the dark themes, almost bordering on morbid dark adult fantasy. The evil guys; the good bat all shrouded in darkness and a tormented almost hopeless city called Gotham. It just made sense of what is to come. 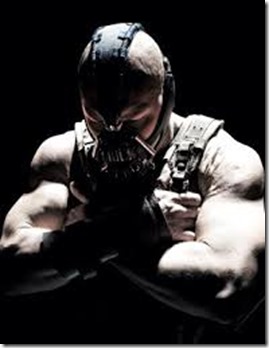 And that is how the movie (latest in the trilogy of batman – league of shadows) also looks like. Bain is the the antichrist and batman Jesus – looking to save humanity from its own ignorance. It looks black and well black – to the fan; but as I see the concepts etched (and etched well) in the movie – I beg to differ as the lines of good vs evil. Ignorance vs enlightenment dimmer; flicker and finally get shrouded in darkness!

I respect Bain way more than batman in terms of ideal and belief (I think the director wanted to project that at some level). Bain is driven, not to save a bunch of ignorant indignant people – to hope that they will someday change their ways to help each other. He is driven to wipe the slate clean; to start over or not start again.

The only question becomes; who is Bain to make such a decision for everyone (is there not innocence left in Gotham? Are there not people worth saving from death, is there no hope for ignorance to change eventually). If you notice what I write below – bain is merely an agent of nature – which comes about in the form of natural or man made destruction to wipe slates clean when the apt time has come, when ignorant is ripe and rising. And in fact it is someone like batman who should be questioned for his heinous actions – of imposing hope on and for those who deserve and ask for it never!

Bain comes from the lineage of shadows; who wait and keep watching, and when they see no hope – finally destroy what is of negative consequence to the scheme of things to be. He is in some respect the messiah; the saviour; lord kalki who brings the judgement day. In many cultures such a figure is revered – he will bring about a fresh start (and yes though religion has stated that the dutiful, merciful, faith bound shall be saved. In reality – reality has no such distinctions. Nature just knows when enough is enough!)

So there is batman – who has the best (it is subjective) of intentions in hand but what are they in the first place? he doesnt want Bain to start the people’s revolution (which by the way is the only thing which common people have left to get back sanity – to stop capitalism here and now. To change the order or predator and prey)

Batman wants status quo to exist; and he wants that he should be the only one who can witness and change what he wants from Gotham. In some sense, bruce wayne is the real bastard – he thinks that he knows better than anyone; and he justifies it with hope for the people. In truth, he thinks only he knows whats right and wrong; and what’s right is that law and so called order proposed by governments should exist and people should remain numb and dumb – be looted day and night – and he can come in between when things get real fucked up and save the day!

People know better, and Bain knows that – and people know how to destroy or save themselves as a whole; Bain realizes the wisdom. He gives the power back to the madness of Gotham – and sees it dissolve itself back into a dark slithering void. What a visionary for the human world.

I really give it up to Bain – He starts the movie with the epic statement “The Fire rises” and this is not about destruction only. It is about burning down the ignorance of mankind held so dear -  to cinders. It is about rising from the fire or not. But changing the status quo. Something batman at his level cannot allow. (Who is one man to decide even if in favor of hope for an apathetic race – hellbent in destroying itself, isnt it an antithesis to give hope when the majority revel in doom?)

This is a movie in which i give my complete hats off to the so called projected villain (and history is written merely by victors against those who have been defeated in war ) – for he becomes the hero of the masses, ensuring true chaos takes its due place after eons/millenia of ordered institutionalized shit has seeped into the masses (and chaos though existent) is but an instrument used by the vain and materialistically inclined to downgrade those who actually want peace to exist (which by the way is the aim of league of shadows as well of which batman was a part)

Bain is a clear hero of mine, and though I admire with what intention batman initially sets of to do (fight evil – ignorance of the mind which spreads like a disease) I guess in this movie;script – he is the one who is ignorant. for it is time that he lets go. He lets the garbage not run amok. He lets the fire of rage; of change and dissolution rise – for a better tomorrow after all (even if there is none!) 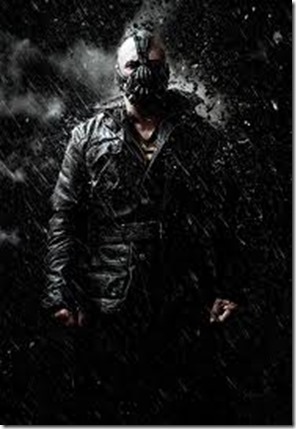 “Speak of the devil and he shall appear.”

“Courts will be convened. Spoils will be enjoyed. Blood will be shed. The police will survive as they learn to serve true justice. This great city, it will endure. Gotham will survive.”

“Calm down Doctor, now is not the time for fear. That comes later.”

“Crashing this plane with no survivors.”

“These have cost you your strength. Victory has defeated you.”

“You don’t fear death, you welcome it. Your punishment must be more severe.”

“We will destroy Gotham, then when it is done and Gotham is ashes, then you have my permission to die.”

“Oh, so you think darkness is your ally? But you merely adopted the dark. I was born in it, molded by it. I didn’t see the light until I was already a man, by then to me it was only blinding. The shadows betray you because they belong to me.”

“Oh yes, I was wondering what would break first, your spirit or your body?”