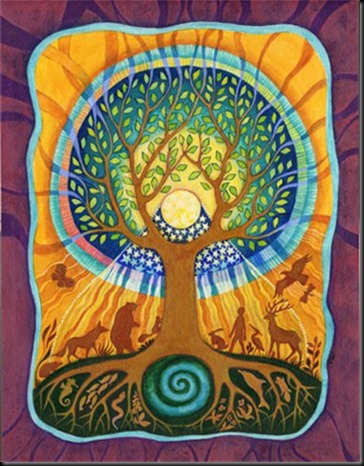 I started developing notions of my life ending, after I saw deaths take place in front of me. I was forced to notice for the first time, how life ends abruptly. Rudely cruelly without giving an inclination of what we had to fulfil.

I took a journey to south america. I wanted to meet a so called master who could help me transcend this vague yet gnawing sense of impending doom. I was a no body in my day to day city life. I was without attention – almost just funding my journey from a day to another. Given the respite of the forgetful night. I was zoned into this maze structure of cities and buildings. Never leaving one, never realizing the outside world at play.

I landed up somewhere in peru, a friend of mine introducing me to a brujo. A person with so called mystical states of being. A control over space and time. I was open to new beliefs. Cause my own belief system was so superfluous and benign. It was not dedicated to help me break my notions of purpose of life, or even death.

The brujo, small and dark, as south Americans would be; We could not converse cause of lack of similarities in language. He looked at me without concern, why would he be bothered I knew. But did he know anything was my concern.

I trekked with him, it looked like all he did for a life was trek. I was amazed at this, I never could fathom people would waste their precious time such, I was not understanding perhaps what he did or could do. I was open to such notions now, probably after 4 decades of my life over – but with the opening up of deaths taking place traumatically. I wanted to know what my future was to look like. Maybe he saw this determination, he gave me weird food and we trekked for 2 days without stop. My friend departed mid way and it was him and me – without semblance of any cultural or lingual unity. I wondered what the strange person could do to me amidst the scenery.
The scenery is peruvian, its ancient and complete with hills and thick jungles. Its rainy and misty. Its cold and maybe a bit sticky. But its complete and lovely. My foot hurt as we set upon an ancient burial ground for his colleagues? His friends or people of his tribe? I really did not know anything about him, was he a man who ran away from cities just like me some years back? hiding away from the grim realities of what he might have done, or the world did to him?

He looked at me with awesome speed as I was mentally rehearsing to ask him something pertinent through sign. He spoke in cold definite english with delight – “ Take off your shoes you idiot. This is a garden of delight. Come and vanquish your brain as I make you insane”

I could not fathom this. The sight covered in ancient mounds big enough for men to sit and be covered around by rock – He looked at my eyes, He saw the huge trees covering nestling this ground atop a tiny hill. He was atop one of them?? What the fuck was happening.

He saw my plight, and he touched my back – my spine and then plucked a flower from the side. “Eat it son, You are fucking dumb. Let nature be your guide; for I cannot spend my time anymore on you. But if you bring to attention – then you shall definitely see our play”, and he was looking at the mounds and perhaps the trees so thick and tall at the same time.
I ate the leaf flower, blue yellow in color. My nights vanquished in true horror, as I saw what the brujo meant. His eyes becoming intense with twilight. He was sitting cross legged like he was to be covered himself in this rubble – and as I thought this – He smiled.

“Yes I am to die, You are a fool that you tried to escape to find a way to cover or work around it. You have fallen right into its trap, come and put rocks around me before I transmigrate into my totem under the moon light – then you really will die! Come cover me and see the show. Its not going to be useful to run. We are covered~”

This english, so polished, and as I covered him with rocks from around slowly – he chanted a beautiful song, nature covering him whole as he did. His eyes on the tree tops. He spoke to me

“See the joy in living, See what it is to be free, you think of despair when you die or see those you love die – but when you connect with her. The mother of life knows only how to kill what she has destroyed to feed what is alive. This is true mercy, joy of another kind. Nature builds you to fuel you to burn you alive!”

and he started laughing with this like a mad man in ecstasy. The steps of my ruin, I started to understand what he just said to me in so few words; My healing was to find a way to tolerate this jungle which i was forced into noticing! The second time! Jungle showed me varied life, it showed me carcasses of those not lucky to have survived. This entire breathing building – ecological and organic was something which had been sustaining itself and growing over time! This was supreme example of being alive (by dying and sacrificing for another!) There was no such example of a master alive. This is what the brujo had meant to me, when he said let nature take care. I understood his intent,

He was covered in small rocks all around. He told me to go a particular direction where I would find another ground. He spoke to bury myself or with help – for a year in time, when he could come get me. If i survived, maybe another year. If i did not. He would see me all the sooner!

I did without question, gave my life away. Nature has been a hard task master yet a mother without any respite. Loving smothering me into her lap of life. I wait silently for the day where I will crackle like the ancient trees falling in sheer delight. When I would set myself free to the sun, to take rebirth from the manna of dark matter – causal natures endlessly creating life.