As I see it, its a mechanism. Which sets you dead and free. Listen to me

What if you consider your body a kind of machine (many of you might abhor this idea). But what if it is true.

Your spine is the reactor; and your personal identity; a kind of fission cell, located at the base of your spine. This is identified along with the reproductive organs. They are adept in creating a life, and also subtle aspects which are way more interesting.

There is power like that of electricity, and magnets which can cause this fission cell to become overtly active. The activity causes many physical and physiological changes in the body itself. But that is of the least consequence (the machine has to be strong- treated well for long so that it may withstand the effects of a powerful nuclear cell to become active.

This kind of assemblage or energy is called kundalini (the coiled energy-coiled just like a fission cell). When becoming active – it rises by itself, natural progression upwards inside the spinal column (though it might be another realm not seen by the 5 senses).

The energy rises till the top of the head, inside the brain way above the end of the spine. The center of the brain (not present within either of the hemisphere) has a small gland – the size of a pea, pineal is its name. It secretes serotonin (perhaps known as soma ras by ancients cause of its lucrative inherent properties). Serotonin creates reality, sustains it and makes the identity of I stronger with time. Until its aid memory starts to give away and then surely it too starts to wane in its quantity released in the body. 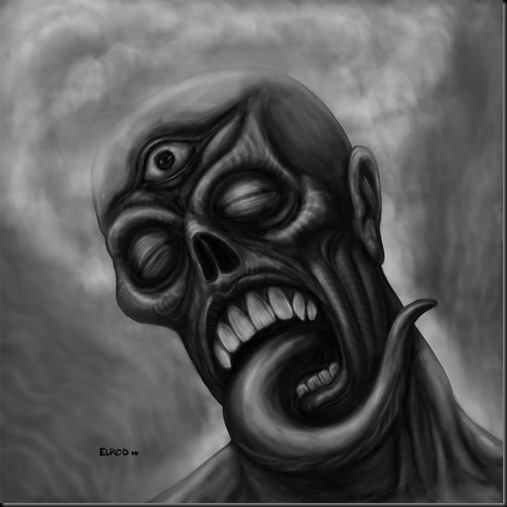 The natural energy aided by natural energy abound from the planet earth causes it to travel till the pineal gland. Where it might activate serotonin to be released un limitedly. The excess of serotonin would cause the identity of individual I to be broken down. It would cause a realization inside the brain, that reality is inside as well as outside. Until the point where there is no localization of serotonin left (this union might actually cause entire reality to be flooded with serotonin- causing everything to be dissolved – perhaps the ancient imagery of shiva opening the third eye and destroying creation be created out of such a condition).

This mechanical process of energy used as a catalyst to awaken energy within causing it to rise to the top of the head, causing the gland to become a kind of perpetual motion machine* (* something which is said to be non existent). Until it happens yes it is non existent, and when it does; the other half remains non existent. Some continue to say that once this excess energy of serotonin starts being released; the individual notion actually escapes through the top of the head through the breakage of the cranium – making a literal PHAT sound lol (could it be that the cranium actually breaks under the immense pressure of the serotonin being released?)

Liberation is ultimately getting rid of your concept of I. The machine which is a vehicle helps us in realizing the potential of the individual I; followed by natural progression to realize the futility of trapping this notion/concept of I into a particular dimension or constant of some sort….

Liberation is finally an illusion as well, but it is way real when this mechanism takes over (which it does in every individual sentient life in one moment or another through one life or another – i believes). it is real as serotonin becomes excess and drowns itself and everything else in its effect – everlasting timeless bottomless BLISS.

So I wish the I in thee too; endless bliss through a process. A simple process most times hidden cause no one would imagine that liberation is just that. Phat and done with! 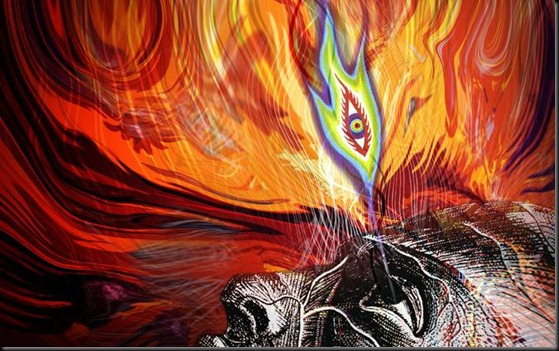